Do Gold and Platinum Records Really Measure a Musician’s Success?

Do gold and platinum records really measure a musician’s success?
In the music world, you often hear phrases like ‘gold record’ or an artist going ‘multi-platinum’ without actually understanding what the phrase even means. For more than half a century record labels and other bodies have been handing out ‘gold’ or ‘platinum’ records to represent sales success for musicians, but what do the labels mean and are they a good way of measuring a musician’s success?

The history of gold and platinum records

The first gold record was given to Glenn Miller for his song Chattanooga Choo-Choo in 1942 by his record label. As was the tradition in the early years, gold records were usually given by record labels to their artists as an internal celebration of sales, and as such the labeling system was not standardised. An artist could receive a gold record for whatever amount of records sold that their label saw fit.

The practice did become standardised however in 1958 when the Recording Industry Association of America (RIIA) started their Gold Award Program. This led the way for the RIIA to become responsible for all music sales certification in the United States, which evolved past gold and into categories like ‘platinum’ and ‘diamond’.

The gold records that aren’t gold (or even records)

You might think that considering the price of gold and platinum that all these records would be pricey for RIIA. Well fear not, because the records aren’t metal at all. Most nowadays are made from plastic that has been sprayed to look like metal, and they aren’t real records either. If you put them in a player all you’d hear would be a scratch, not the song or album that the award is for. Even new versions that come with ‘golden’ or ‘platinum’ CDs aren’t playable either.
Platinum for a million SHIPPED, not sold.

A major criticism of the RIIA certifications is that they are based on the number of records shipped to retail outlets and not on how many are actually sold. While the number is a rough indicator of records sold, it can actually be a pretty poor estimate if a label ships out thousands and records and they don’t sell off a music store’s shelves. Theoretically, as long as a label can get stores to buy up stocks of an album based on believed saleability, a record can go gold or platinum without actually selling one copy off the shelves to a real customer. 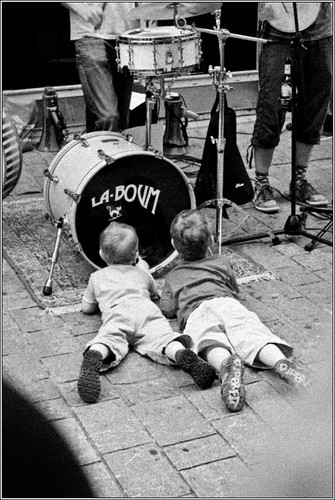 However the usual basemark numbers from the RIIA of 500,000 for gold and 1,000,000 for platinum are based on US numbers. Every country has different benchmarks (adjusting for population and other factors) as ruled by their recording associations. For example, a platinum album in the UK represents 300,000 and in Uruguay just 4,000 albums sold.

So do they measure success?

In a way certification measures success because stores will not buy the records if they do not think that they can sell them. Records therefore are probably more of an assessment of their sales appeal than of actual sales. However one must admit that incidences of shipping vastly outnumbering sales are few, and therefore certification is a good way of measuring a musician’s success.

This is a guest post by Daniel Roberts. Occasional guest blogger on unusual use of gold and full time personal finance. Daniel currently repersents Regal Assets a great resource for gold and platinum investment solutions.